The group tends to tell each new generation of students: "We've changed!" and "All that bad stuff was in the past!". They also like to say: "The problems are related to just a few disgruntled former members who had personal issues with their shepherd." That is what they told us 1987. That is what they continue to tell students in 2022.

On one hand, the group has changed. They have reportedly ended the physical abuse training for shepherds. There are accounts of this training being an exercise in bouncing a soccer ball against your head a thousand times to show your repentance. Other accounts tell of walking two miles in the snow because you are late for a leadership meeting. Still other accounts tell of being locked in your room until you repent. Based on current reports, this kind of physical abuse has thankfully ended. However, the training has not stopped. The training is still abusive--it still includes psychological, financial, and spiritual abuse.

Regarding the claim that only a few disgruntled former members are the problem, clearly that is not the case. Our petition ended with 100+ signers who agree with the three big problems still facing the group today: Victory Petition against 3 bad practices of UBF.

Shepherding - From the group's inception in 1961 in South Korea, and continuing with the group's expansion into North America in the 1970's, the group's primary characteristic can be labelled "shepherding". The group practices a non-Charismatic, Koreanized version of the Shepherding Movement. Using one-to-one study sessions, the group slowly changes the student's identity into that of a "shepherd" (or "shepherdess" for females). These shepherd relationships are paramount in the minds of the group leaders. In fact, the chapters of the group are often structured along "shepherd lines", going back several generations. A student's shepherd becomes the student's life-long, self-appointed spiritual and moral advisor. Shepherds are trained to obey and to become new parents for the college student members. Shepherds rarely respect personal boundaries for students and shrewdly intrude into every facet of a student's life over time. Students are pressured to sign UBF membership covenants to guarantee obedience and submission to the group. These covenants also provide the group with convenient legal protection in the US.

Arranged Marriage - The end-game purpose of UBF missionaries and shepherds is to pair up young couples into "families of faith" and "mission families" who can be part of their "holy nation". The leaders pressure students to avoid dating and accept a shepherd-appointed marriage candidate. Why do they do this? There are three main reasons: as a gauge of faith, as a training tool, and as an expression of their salvation ideology.

a. The group claims the process is modeled from the Isaac and Rebecca stories in the Bible. They call the process "marriage by faith" or "forming house churches". In their minds, this is an ultimate gauge of one’s faith. How much you blindly accept someone and how much you obey your shepherd in this matter is seen by them as how much faith you have.

b. The arranging process is typically used as training. Young people are trained to obey using their desire to marry. For example if you want to marry a specific person usually you would be transferred to another chapter or country (for women typically).

c. Embedded in their ideology called UBFism is the eastern religious idea of gaining eternal life via human lineage and succession. This arranged marriage means everything to the shepherds. It is their holy grail. It is their end goal when "fishing for sheep" on campuses (and exclusively on campuses).

Abuse - The high-pressure, authoritarian culture of the group allows various kinds of abuse to foster without being addressed. Beyond the abuse of a student's time and money (for offering and special gifts), the group has not dealt with many cases, both alleged and proven, of severe abuse, such as sexual harassment and physical beatings. The toxic control element of the group's culture allows such abusers to not only avoid punishment, but affords them a way to be promoted into higher leadership levels. The very same leaders who committed the past abuses are, for the most part, still in leadership roles and highly visible within the group. The marks of abuse have been extensively documented by hundreds of accounts, both old and recent.

I do not believe the leaders understand what we former members mean by abuse. Although there are a few cases of physical and sexual abuse among them, the primary abuse is psychological, social, and spiritual. No amount of Christian-sounding holy paint will end such abuse.

The ubf people claim they are a "Christian missionary sending organization". This is a lie. They are not even associated with any of the 7 mainline Protestant churches. How can they claim to be a "mainline evangelical church"? They don't know if they are a para-church or something else. How many non-Korean missionaries have been sent out as Christian missionaries? Zero. Yes I know there are about a dozen ubf people who are technically not Korean and have been "sent out" but not a single non-Korean has gone through the actual ubf training. If there are any I don't know about, the number is very small compared to over 3,000 Koreans. This might be good, actually, since the training for Korean ubf people is not really Christian in nature. Many of them have not gone out to share the gospel or do charity work as a Christian group would be expected to do. Instead they go out to spread ubfism. They go out and form their own business or academic networks to provide better lives for themselves. This is spiritual abuse because they take the name of Christ but do not do Christ's work. They redefine such work to fit their agenda of self-preservation, seeking salvation in shepherd lineage instead of in the gospel.

“I wanted to say thank you so much for the work that you have been doing in regards to exposing UBF. Ive been following you for many years and currently am reading your book the Identity Snatchers. You are truly a courageous man willing to stand up for the truth. Im thankful to God for you. It will take me time or process all that has happened in UBF, but I am willing to trust in Gods goodness.”

“I was so surprised to have found you when doing research on UBF. I cut off from that church as soon as I left home but I came across your youtube interview with Steve Hassan and purchased your book recently and now it explains a lot.”

“Thank you for speaking with me a few months back. I wanted to let you know that I have officially left UBF/Shepherd's Church and since then I have had a great weight come off me. Thank you for trying to reform the UBF ministry. I am looking forward to what the future holds.”

“Your book has been really helpful in helping me understand why my parents joined.”

“I am a concerned parent whose children have been members of UBF for the past couple years. I see the extremism of this church and the control that it has over their lives and it leaves me heartbroken and terrified. I am looking for help, resources, counseling, anything that might help dissuade them from this course.”

Cultic groups have not gone away

Most people think such groups are things of the past: phenomena of the 1960s and 70s. This is far from the case; cults continue to flourish in many different forms, capturing and exploiting many thousands of people in their seemingly benign embrace.

Am I really in a cult?

Almost everyone thinks they would never join a cult. It is easy to think you make your own decisions. Take these quizzes to find out for sure.

10 Signs you are probably in a cult

Would you ever join a cult?

If you find yourself in an undue influence group with cultic tendencies, professional help from therapists and psychologists may be helpful. A word of caution--some professionals may not yet be aware of the harmful, long-lasting impact from years of undue religious influence.

source: "Out in the World: Post-Cult Recovery" by Gillie Jenkinson

People who have worked with ubfriends.org

Brian Karcher (the ubfriends admin) has spent numerous hours talking with the following people, including video interviews. These friends have had an incalculable infuence on his family's recovery. Brian recommends reaching out to the following people for help understanding undue influence groups, especially the UBF group. The information here will also likely be helpful to those recovering from hyper-evangelical religious organizations.

Ashley Easter - The Courage Conference (especially for marriage and family issues, and students)

For help with recovery and dealing with undue influence groups like the University Bible Fellowship (UBF), professional therapy may be helpful. Some resources below are paid memberships. Please be aware that cult recovery often requires specialists who understand the nature of undue religious influence.

Whether you find the thought of seeing a therapist daunting, or you look forward to your first meeting with excitement and intrigue, you should feel proud of the fact that you are considering taking steps to improve your life. It might feel like defeat, but deciding to get help is a sign of strength, resilience and courage.

Therapy Route - Find a Therapist near you.

Suicide and Crisis Hotlines in USA

Suicide and Crisis Hotlines around the World

As an educator and therapist, I see the value in teaching and offering practical information along with listening. My job is not to judge. I want you to feel heard, and understood. People do what they do for a reason. It it’s something you want to change, let’s look at it together so you understand why you’re doing it and how to start to change it. I want to help you get what you are hoping for, and where you want to go in your life.

Here is a website that gives pointers on how to detect signs of depression, suicide red flags, and how to make conversation starters of such topics: https://seizetheawkward.org/

Resources for LGBTQ and UBF

Groups like University Bible Fellowship are rarely friendly for LGBTQ people. Here are some resources for help for you or family members related to LGBTQ. Brian Karcher is also fully affirming in this arena.

Book by Brian Karcher: Uncircumcised - Welcoming LGBT People Into the Family of God 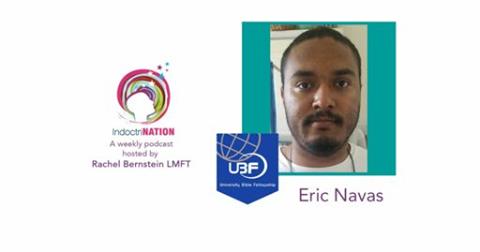