Germany UBF (Cologne UBF chapter)– Translation of a report by a mother published in the documentation service 8/1991 p. 234-237 of the German Protestant Centre for Religious and Ideological Issues (EZW) 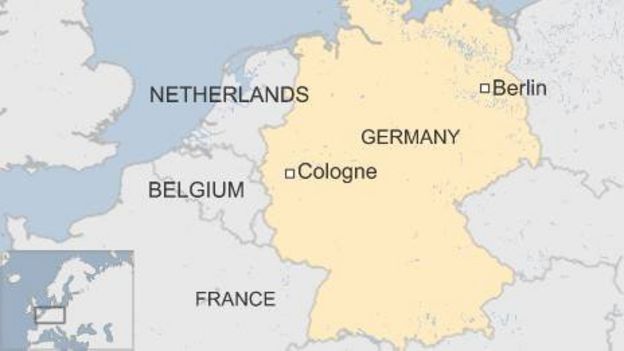 The »documentation service« already hat reported on UBF in detail in 1989. However, the publisher of the book »So Called Youth Cults and the Occult Wave,« pastor Joachim Keden, quoting from a series of reports by affected persons, imparted a more problematic view of this group. The report by a mother who accompanied the way of her daughter into the UBF and out of it, published in the following, will be supplemented by a statement of Pastor Keden in the informative part. The personal memoranda of the mother make clear which efforts she undertook to get information struggling in her attempt to evaluate the group and trying to help her daughter to dissociate from this fundamentalist group.

Our daughter, a student, had got in contact with the UBF through a meeting with a friend, and she was a supporter of the UBF group in Cologne for any length of time.

I would like to introduce our daughter briefly: Having become a believer as a child, she was active in the Christian youth ministry since then. She had contact to the Protestant City Mission at home. She went to »Campus Crusade for Christ« during her studies with friends. She became acquainted with a female student on a “Crusade” summer conference. This student told her about a Korean Christian group calling itself »University Bible Fellowship / UBF.« Our daughter accepted the invitation to join the group meeting.

According to the reports I considered these Koreans as being kind people. Our daughter was enthusiastic about the hospitality experienced there, of the personal care and of the way how the Bible was read in the group. She started with a 1:1 Bible study with her friend from UBF and later with a Korean in Cologne. She was completely fascinated by her prospect of being allowed to live her Christianity in this group.

Our daughter used to report to me on both “Crusade” and later UBF. She invited me repeatedly to come for the events. But being a mother of an adult daughter I was convinced that I should let her go quite safely her own way.

Never having dealt with cults before, I only became sceptical when our daughter said: “My friend continues her studies in Cologne from now on. UBF is her church, where she wants to live completely now.” This girl lived from then on with a Korean family in Cologne who belonged to the UBF. Our daughter wanted to go to Cologne now, too.

At this time I noticed an emotional change going on in her, which showed itself by her suddenly limiting the contact to us parents, seemingly being very nervous, restless and irritated. She looked bad and only spoke about the Bible, about UBF and about the mission of the world. After her decision to move to Cologne to attend UBF, I asked her to be allowed to come along with her one time. She consented and I went on a Sunday together with her and got to know the UBF group. To my astonishment, a Korean didn’t leave my side any more on this day from morning till evening. I had the feeling to be “tailed.” It was the advantage of this “tailing” that the young man thought to have to entertain me. He told me about the stages of his life, about his task as a missionary at UBF and about his studies which are only necessary because he would get no resident permit and no job as Korean in Germany. He had completed a full vocational training in Korea. But being a missionary of UBF he could live here in the Federal Republic only as a student. He told about the marriages within the group and about his own marriage with a group member.

I have been feasted by different student family at noon and in the evening. The hospitality was overwhelming for me at first, too. I learned soon, though, that the hospitality was part of the program at UBF. They feed the guests like “children of a king.” My permanent companion also told me how the situation of the own children of one family looked like. These parents had accommodated one of her children with foster parents in Germany and one of her children in Korea with the grandmother because they had to be available for the mission at UBF. With the other family another female student lived together in the narrow, small apartment in the child’s room of this family. As far as I am informed, she still lives there today.

In connection with this I suddenly remembered a book of a woman who was a former Jehovah’s witness. She had written the book after she had left the cult to warn others and protect them from joining it.

I also went to the service of the UBF group in the Sunday afternoon and noticed that besides some young Germans only young Koreans sat around next to me. The sermon of Abraham Lee and the prayers of his helpers confused me very much. The primitive word-order and the superficial train of thought touched me strangely. I felt myself as if someone wanted to pull my leg. Besides that, the service was performed with much singing. As playing a part UBF members who were introduced as “sheep,” “prayer servants” and “shepherds” participated. The way I see it the program was aligned with a special emotional experience. After the service there were after-meetings and also a kind of continuation of the service in prayer form in little circles. The individual service participants had already made notes to themselves during the sermon. After my observation this after-meeting was merely a questioning of the thoughts the listeners had and represented an attempt to achieve an additional alignment of the individual persons to orientate the thoughts of the sermon by praise and reproaches at the desired aims of this cult. I am still convinced today that the young people present didn’t see through this skilful manipulation at all.

The personal care that UBF prospects receive by 1:1 Bible study continues in my opinion in the service so that in UBF no-one stays without address. Nobody lives anonymously in this group. You know the names of each other and address one another with the trusting informal German pronoun “Du.” I can understand that this very friendly atmosphere arouses spontaneous enthusiasm with young people who often suffer from contact poverty or find themselves having few contacts at the universities. I also think that our churches could learn something from UBF in this area.

But the observations during the service, the conversation with the Koreans, the experiences in the UBF families and the changes going on in the behaviour of our daughter made me mistrustful and promoted the thought that something couldn’t be all right at UBF.

Having arrived at home again, I tried to find interlocutors to learn something about UBF. I went to the city missionary, spoke on the phone to “Crusade” and was passed on from there to »Idea« in Wetzlar. I finally got addresses of the »Protestant Student Mission« in Marburg and some keywords which scared me up: Brainwashing, personality change, mental manipulation… I was frightened up to the innermost part. Now I called with friends and acquaintances and asked for help. I finally learned something from the “church commissioner for cults and worldview issues.” I even got the address of a former member and learned exact details on the methods of UBF. The information of the other cult representatives were also interesting. One helped me along only after repeated requests; others discouraged me. This all was very frustrating. But then, I finally received written documents, from which followed in my opinion that UBF has to be classified as a cult. After obstinate search and long telephone calls across Germany, many conversations with dear, helpful people, I finally looked through the muddle of information: For me UBF is a cult.

To me this group seems to “track” our religious youth at the universities. This young generation which is in searching age is open to all new and to many ideals. Nowadays many young people find themselves faced with for much swindle and implausibility in state and politics. Some also are resigned and have only negative thoughts with respect to their own life. These searching people are the ideal contact person for cults, which want to acquire them for their shady missions, like formerly the “Pied Piper of Hamelin” did. The dangerousness of the UBF in my opinion is an intended mutation of mind. It is achieved by a brainwashing method which is exercised by the 1:1 Bible studies, the practice of “Sogam sharing,” the writing of life testimonies and life confessions and the re-education by praise and reproaches. After my insight specific control also takes place from man to man or from woman to woman by telephone calls, letters and visits. I gather from the reports of my daughter that there are also psychologically elaborated trainings at weekends which result in an intense manipulation. This appears to me almost like an attempt to perform an intellectual and spiritual incapacitation with the participants.

I was alarmed by the in my opinion wrong assessment of UBF at many official places… I can understand that after a superficial first glance the UBF members leave a good impression of their group. But after intensive occupation with the written material which is handed out by the UBF, with the methods of this group and the reports of persons affected, a completely different picture arises.

Our daughter has found out of this group again with the help of many people (professors, doctors, boy friends, girl friends, former religion teacher, commissaries for cult problems and their documentation, city missionary, many who prayed for her and many coincidental helpers). We see God’s leadership and mercy therein. We are grateful for it.

We however see other parents, whose adult children are not finding out. These people urgently need help. It also is all about to protect other young people from the step into this group. For this reason I have written this report…