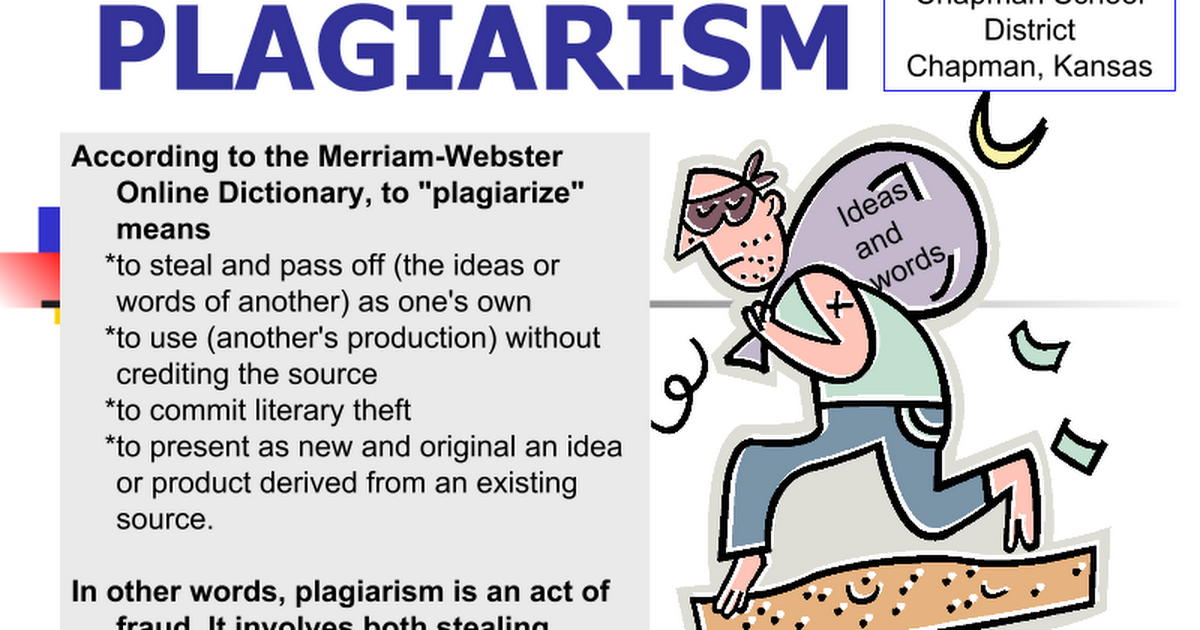 I have undeniably proof that John Baik plagiarizes his sermons not once but MULTIPLE times.

IMMANUEL! GOD WITH US!
Matthew 1:1-25
Key Verse 1:23
“The virgin will be with child and will give birth to a son, and they will
call him Immanuel” –– which means, “God with us.”
First, the genealogy of Jesus Christ the Son of David (1:1-17). Look
at verse 1. “A record of the genealogy of Jesus Christ the son of David, the son
of Abraham.” In the New Testament, there are two places which talk about
Jesus’ genealogy – one in Luke’s gospel, and the other is this Matthew’s gospel.
Luke was a Greek, and he emphasized the Universal Messiahship of Jesus. So
in Luke’s gospel, Jesus’ genealogy traces back all the way to Adam, the first
man. But in Matthew’s gospel, Jesus’ genealogy starts from Abraham, the
father of faith, and the author Matthew suggests Abraham and David as two
representatives of Jesus’ genealogy. In this way, Matthew proclaims to the Jews
that Jesus is their promised Messiah, whom God had mentioned to Abraham
and David. God said to Abraham, “Through your offspring, all peoples on earth
will be blessed.” Jesus brings blessings of God to all peoples on earth. God also
said to David, “When your days are over and you rest with your fathers, I will
raise up your offspring to succeed you, who will come from your own body, and
I will establish his kingdom. He is the one who will build a house for my Name,
and I will establish the throne of his kingdom forever.” (2Sa 7:12-13) Jesus is
the king in the line of David forever.’  Source: Matthew 1 – IMMANUEL
Now let’s look at an excerpt of Chang- Woo “Samuel ” Lee’s (the founder of UBF) sermon on Matthew ch 1 in 2000-2001:

Notice how similar they sound? You may say to yourself ” that’s just a coincidence.”

Let’s look at an excerpt on Baik’s sermon on Matthew ch 2:

WHERE IS THE ONE WHO HAS BEEN BORN KING OF THE JEWS?

…and asked, “Where is the one who has been born king of the Jews?  We saw his star in the east and have come to worship him.”
​

First, “Where is the one who has been born king of the Jews?” (1-2). Look at verse 1. “After Jesus was born in Bethlehem in Judea, during the time of King Herod, Magi from the east came to Jerusalem….” Magi, traditionally called “Wise Men,” supposedly lived in ancient Persia or Babylon. They were great intellectuals, occupying high government positions. In the ancient times, Astrology was one of very popular subjects among the intellectuals. The Magi said in verse 2, “We saw his star in the east….” They saw “his star.” As they were studying stars at night, they found one exceptionally bright star. It was an extraordinary star which captured their eyes. They were convinced that it was “his star,” which symbolized the King of the Jews – the Promised Messiah. Modern day, people, both believers and unbelievers, have heard about Jesus’ second coming; in the same way, people heard and knew about the Messiah’s first coming in those days.  Source: http://www.shepherdschurch.org/Current-Message/sundaydecember242017

Notice how they are nearly identical? At this point you are saying to yourself “this is just an anomaly.” But here is more evidence to debunk that.

Let’s look at an excerpt on Baik’s sermon on Luke ch 2:

GLORY TO GOD, PEACE TO MEN
Luke 2:1-20
Key Verse 2:14
“Glory to God in the highest, and on earth peace to men on whom his favor
rests.”
First, “She wrapped him in cloths and placed him in a manger” (1-7).
Look at verse 1. The Roman Emperor Caesar Augustus issued a decree that a
census should be taken of the entire Roman world. The purpose of this census
was to collect taxes from its colonies more effectively. Because of this census,
everyone had to go to his own town to register. So Joseph together with his fully
pregnant wife, Mary, also went up from the town of Nazareth in Galilee, to
Bethlehem the town of David, because he belonged to the house and line of David.
While they were in Bethlehem, the time came for the baby to be born, and she
gave birth to her firstborn, a son. She wrapped him in cloths and placed him in a
manger, because there was no room in the inn.
“She wrapped him in cloths and placed him in a manger…” The Creator
God, when he came into the world in the form of a human, was rejected and
pushed all the way that he was born in a stable and laid in a manger. Who can
believe this? When God was coming to the world to save his people from their sins,
the world offered him a stable where cows and horses were staying as his birth
place, and he was laid in a manger, a feeding trough for animals. Who can
imagine this? God says in Isaiah 1:3, “The ox knows his master, the donkey his
owner’s manger, but Israel does not know, my people do not understand.” This is
how we, mankind, have treated God from the beginning until now. Adam, the first
man did not honor God, but disobeyed him even though God was so good to him.
Israel people refused to welcome their God. John 1:10 and 11 testifies this, saying,
“He was in the world, and though the world was made through him, the world did
not recognize him. He came to that which was his own, but his own did not
receive him.” Source: Luke 2a – GLORY TO GOD, PEACE TO MEN (3)
Now let’s look at an excerpt of Lee’s sermon on Luke ch 2 in 2000-2001:

Notice once again how they sound nearly identical? At this point it is impossible to claim that this is a coincidence or an anomaly. Now let’s Look at Baik’s sermon on Romans ch 1:

THROUGH HIM AND FOR HIS NAME’S SAKE

Through him and for his name’s sake, we received grace and apostleship to call people from among all the Gentiles to the obedience that comes from faith…

Being a servant to anyone means to live according to the commands of the master being restricted in freedom, will, desire and right. Actually, when we think about this carefully, we can see that no one is truly free; instead, all people are serving someone, or something. Some people are salves to sin, doing what their sinful desire wants them to do, even at the cost of ruining their future, their family and their life. Some people are serving their own dreams and desires for success in the world, pouring out everything they have for them. Some people are serving their fear – the fear of security – doggedly struggling to pay the bills and to build their career. The Bible suggests that eventually, people live as slaves either to God or to sin and Satan. Whom do you want to serve? Living as slaves to our sinful nature, or our worldly desires or pride is disgusting! Surely, being a servant of Jesus Christ is a glorious and honorable thing. Source: http://www.shepherdschurch.org/Current-Message/sundayjanuary72018

I. Paul the servant of Jesus Christ (1-4)
Look at verse 1. “Paul, a servant of Christ Jesus, called to be an
apostle and set apart for the gospel of God…” Paul begins by giving his
own credentials. He calls himself a servant of Jesus Christ. In Paul’s
time, servant meant slave. A slave is one who was once sold and bought
and is no more free; he is the possession of whoever bought him. He
cannot claim his own human rights. He is completely at the disposal of
his master. Why does Paul describe himself in this way? It was because
he was once a servant of the Jewish leaders, and more fundamentally,
a servant of sin and Satan; but now he was purchased by the precious
blood of Jesus, and now he belonged to Jesus Christ. Paul also says
that he was “set apart for the gospel of God.” Paul did not think that
he became a servant of Jesus Christ by chance or fate. He accepted his
servantship as God’s absolute plan for him, a plan made before he was
born (Gal 1:15). He had absolute faith that he was called to be Jesus’
servant by the providence of God.
Paul continues to explain whose servant he was. He was a servant of
Jesus Christ, who is the King both humanly and spiritually. Verses 2-4
say, “the gospel he promised beforehand through his prophets in the Holy
Scriptures regarding his Son, who as to his human nature was a descendant
of David, and who through the Spirit of holiness was declared with power
to be the Son of God by his resurrection from the dead: Jesus Christ
our Lord.” Here we learn several things. Source: https://web.archive.org/web/20180206015931/http://www.chicagoubf.org/ubftvorg_chicagocubf2013/wp-content/uploads/Ro2001SL/messages/Ro1_1-17m.pdf

Notice how awfully similar the sermons are? At this point you are no doubt scratching your head and seriously pondering about Baik’s sermons.

What John Baik also does to disguise his rip-off sermons as his own is that Baik changed the title of the sermons and the key verses (for the most part).

Another thing I want to point out is that on the church’s website only the last 5 sermons are viewable everytime.  They NEVER archive the older sermons despite the fact that they have had the website since 2010. So the only way to view an older sermon is if you have archived the link to that older sermon. Here is an example https://web.archive.org/web/20171218172730/http://www.shepherdschurch.org/Current-Message/sundaynovember282017

After doing research for this article I came to confirm my notion that John Baik is actually not a missionary but a phony. It is for this reason that I don’t call him missionary.